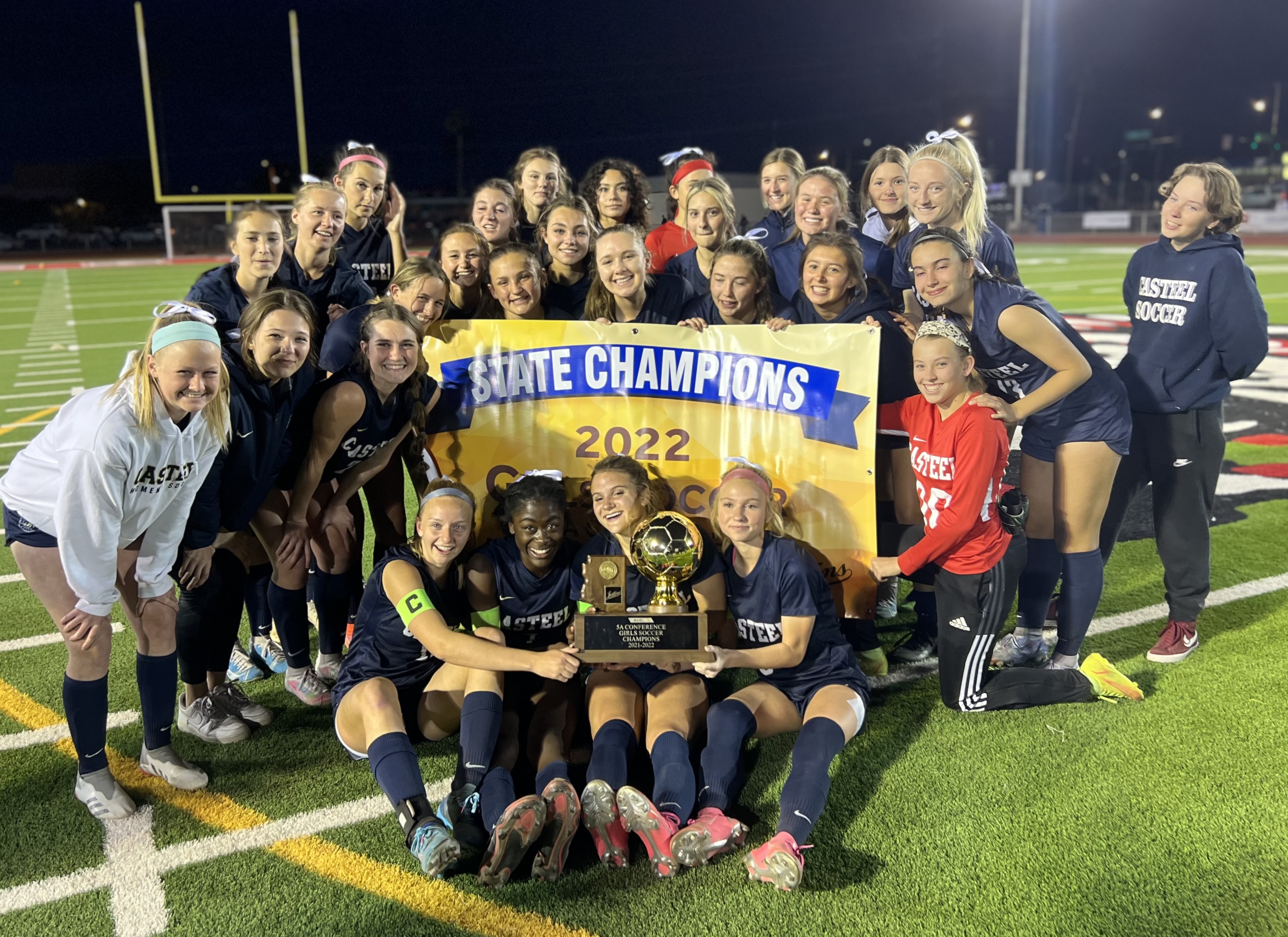 PHOENIX--Morgan Fielder and Nathalie Lewis each scored a goal as the Casteel Colts beat the Sunrise Mountain Mustangs, 2-0, in the 5A girls soccer state championship game hosted by Central High School.

This is Casteel’s second state title in their third consecutive championship game appearance. The Colts won in 2020 and lost in 2021. However, for head coach Jason Hammonds, this title run was not a revenge tour.

The Colts came out the gates hot.

In the fifth minute, a long dribbling run by Emma Martin down the right side allowed her to cross the ball into the box where it found the feet of Morgan Fielder, who fired the ball into the bottom-right corner of the net. That allowed the Colts to settle down and set the tempo for the rest of the game.

“From that first goal on,” Hammonds said, “we just wanted to not only manage the game but keep control. It was just a matter of time before we got another one.”

However, that second goal didn’t come quickly for Casteel.

In the 10th minute, Fielder was one-on-one with Sunrise Mountain goalkeeper Aliya Garret, but her shot sailed over the crossbar.

Coming out of halftime, it seemed like the next goal in the game was going to come from Sunrise Mountain. The Mustangs started to find a rhythm moving the ball forward and found themselves getting closer and closer to the goal.

However, that pressure culminated in a Sara Stewart effort in the 56th minute that hit off the left post back into play before being cleared by a Casteel defender.

With the clock winding down, Sunrise Mountain knew that if it wanted a chance at tying the game, it would need to become more aggressive on offense.

That plan would backfire on Sunrise Mountain.

With two minutes remaining, after pushing the ball up the field with an urgent pace, the Mustangs lost possession, which opened the gates for Lewis to launch a counterattack. Dribbling past two Sunrise Mountain defenders, Lewis dribbled into the box and fired a shot that was initially saved by Garret. However, the ball fell directly back at the feet of Lewis, who was able to slot away the game-sealing goal past a challenging Mustang defender.

“It means a lot,” Lewis said. “Especially coming back from losing the state championship game last year, this is everything. Especially with the rings coming in.”

At the final whistle, Casteel’s benches cleared as they stormed the field in celebration, while Sunrise Mountain walked off the field dejected. 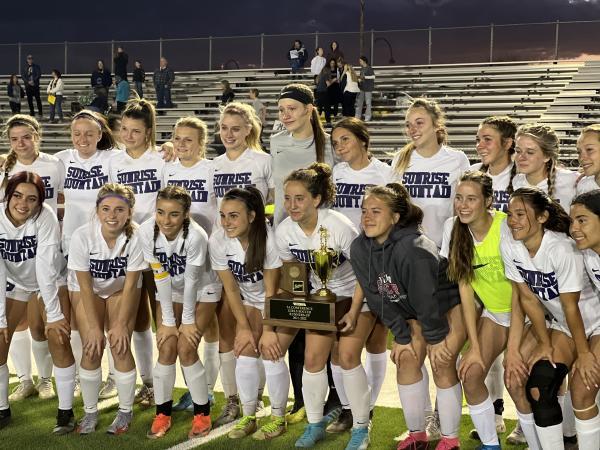 Sunrise Mountain girls soccer team poses for pictures with their state runner-up trophy following their 2-0 defeat to Casteel in the 5A state championship game. (Photo by Michael Burgess II)

However, Fallon couldn’t be prouder of his team.

Watching his team celebrate and take pictures with the state trophy, Hammonds stood away from all the action, contemplating what he has coming up for his team.

“Don’t get me wrong; it means a lot for each team and every individual,” Hammonds said. “But (assistant coach) Eric (Dendinger) and I are already talking about next year.”