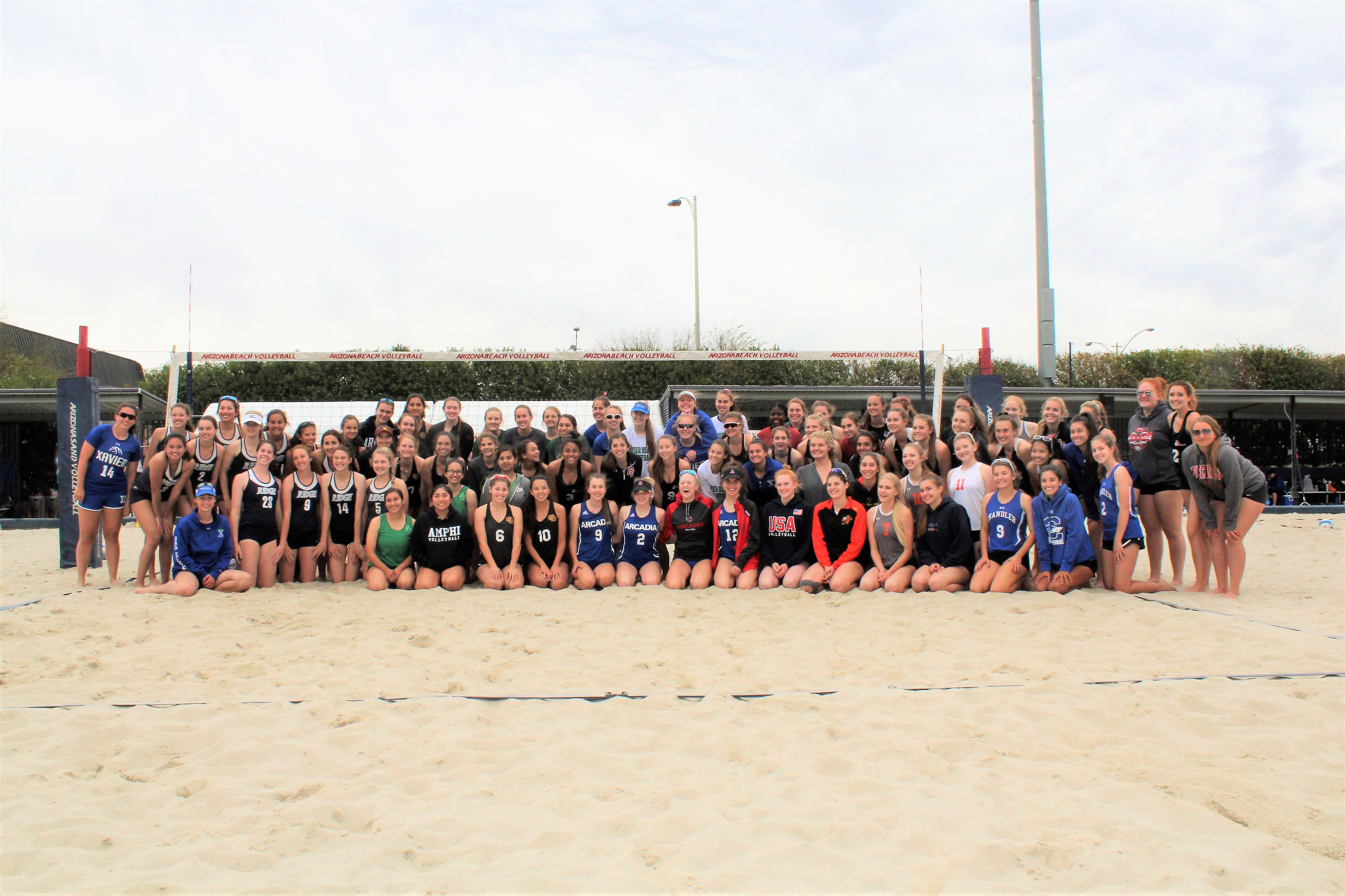 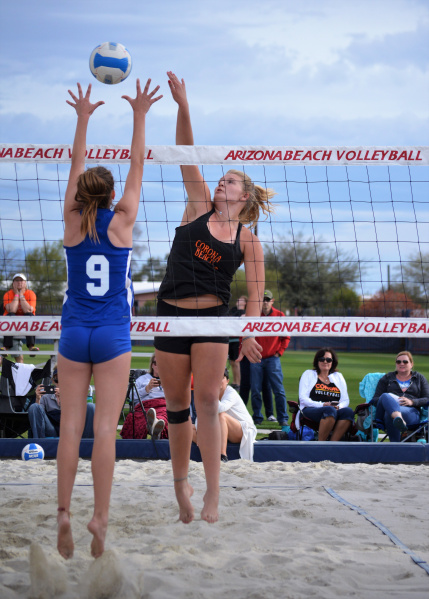 11 teams took part in the third annual CatBox Beach Volleyball Classic held on Saturday with 40 pairs battling it out in the first sanctioned high school beach volleyball invitational hosted by a Division I program. The University of Arizona and Ironwood Ridge hosted the invitational at “Bear Down Beach,” home of the 2017 Pac-12 Beach Championships, along with the Steve Walker Sand Volleyball Camp.

Xavier Prep has won every D-I state title since 2012 and the Gators placed five pairs in the Gold Bracket and Ironwood Ridge and Salpointe had three pairs each make it to the Gold Bracket.

The initial AIA seeding rankings for beach volleyball will be released on Monday, March 26.  The D-I Team Championships are set to begin on Tuesday, April 24 with Pairs competition scheduled to begin on Monday, May 7.

The D-II Team Championships will begin on Wednesday, April 25 and the Pairs will start on Tuesday, May 8.

More on state qualifying can be found HERE.

FREE PHOTOS OF THE CATBOX INVITATIONAL 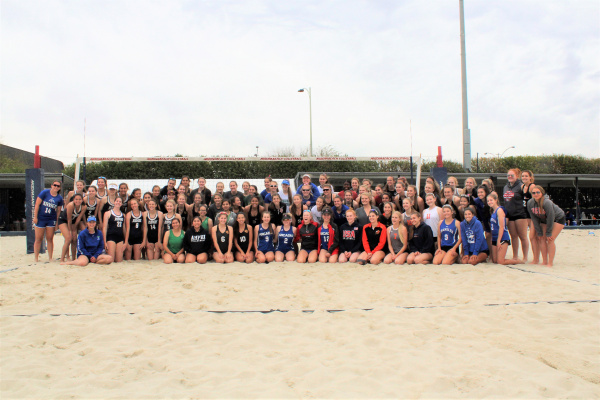