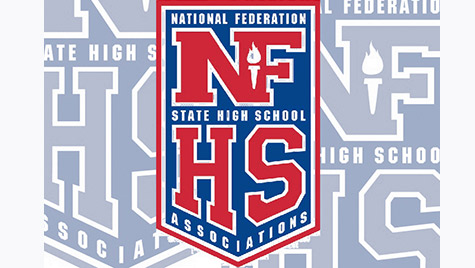 INDIANAPOLIS, IN (November 29, 2017) — The Phoenix (Arizona) Convention Center is slated to host more than 2,000 athletic administrators, spouses, guests and exhibitors who will converge on the “Valley of the Sun” December 8-12 for the 48th annual National Athletic Directors Conference (NADC).

The first-ever NADC in Phoenix begins Friday, December 8, with several NIAAA committee meetings. The full conference begins at 9 a.m. on Saturday, December 9, with registration in the lower-level Exhibit Hall. The Opening General Session begins at 5:30 p.m. on Saturday.

John Croyle, the founder of Big Oak Ranch, Inc., serves as the opening session’s keynote speaker. Croyle is a highly regarded professional speaker, and a former all-American football player under coach Paul “Bear” Bryant at the University of Alabama.

The Closing General Session at 1 p.m. on Tuesday, December 12, features keynote speaker Anthony Robles. Robles, a former member of the Arizona State University wrestling team, captured the 2011 NCAA individual wrestling championship in the 125-pound weight class despite being born with only one leg. His college wrestling career concluded with more than 100 victories and being recognized as a three-time all-American. Robles also was the recipient of the Jimmy V Award of Perseverance at the ESPYs in 2011.

Eight athletic directors will be recognized with NFHS Citations for their contributions to interscholastic athletics at the local, state and national levels. The Citation recipients will receive their awards Monday, December 11, during the Conference Luncheon.

The NIAAA is the professional organization for interscholastic athletic administrators. The association is accredited by AdvancED and North Central Association Commission on Accreditation and School Improvement. Based in Indianapolis, Indiana, the NIAAA promotes and enhances the profession of athletic administration for high school and middle school athletic administrators. Since 1977, the NIAAA has served those who lead education-based athletic programs in the nation’s schools. With current individual membership of nearly 11,000, the NIAAA consists of members from athletic administrator associations in the 50 states, and the District of Columbia, as well as over 40 international countries. Through its 48-course curriculum, and four levels of certification, the NIAAA is the national leader in providing professional development for athletic administrators, directors, coordinators, and supervisors, as well as those serving in assistant principal/athletic director, or activity/athletic director combined roles that lead school-based sports programs. While providing best-practices and serving as a resource for safe and plentiful participation opportunities for student-athletes, the NIAAA places further focus on member benefits, standards, communication, outreach, and recognition, while emphasizing the exchange of ideas among athletic administrators throughout the nation and the world. NIAAA champions the profession of athletic administration through education opportunities, advocating ethics, developing leaders and fostering community. The NIAAA, located in Indianapolis, Indiana, is a full and equal partner with the NFHS. For more information, visit the NIAAA website at www.niaaa.org.

About the National Federation of State High School Associations (NFHS)

The NFHS, based in Indianapolis, Indiana, is the national leadership organization for high school sports and performing arts activities. Since 1920, the NFHS has led the development of education-based interscholastic sports and performing arts activities that help students succeed in their lives. The NFHS sets direction for the future by building awareness and support, improving the participation experience, establishing consistent standards and rules for competition, and helping those who oversee high school sports and activities. The NFHS writes playing rules for 17 sports for boys and girls at the high school level. Through its 50 member state associations and the District of Columbia, the NFHS reaches more than 19,000 high schools and 11 million participants in high school activity programs, including more than 7.8 million in high school sports. As the recognized national authority on interscholastic activity programs, the NFHS conducts national meetings; sanctions interstate events; offers online publications and services for high school coaches and officials; sponsors professional organizations for high school coaches, officials, speech and debate coaches, and music adjudicators; serves as the national source for interscholastic coach training; and serves as a national information resource of interscholastic athletics and activities. For more information, visit the NFHS website at www.nfhs.org.