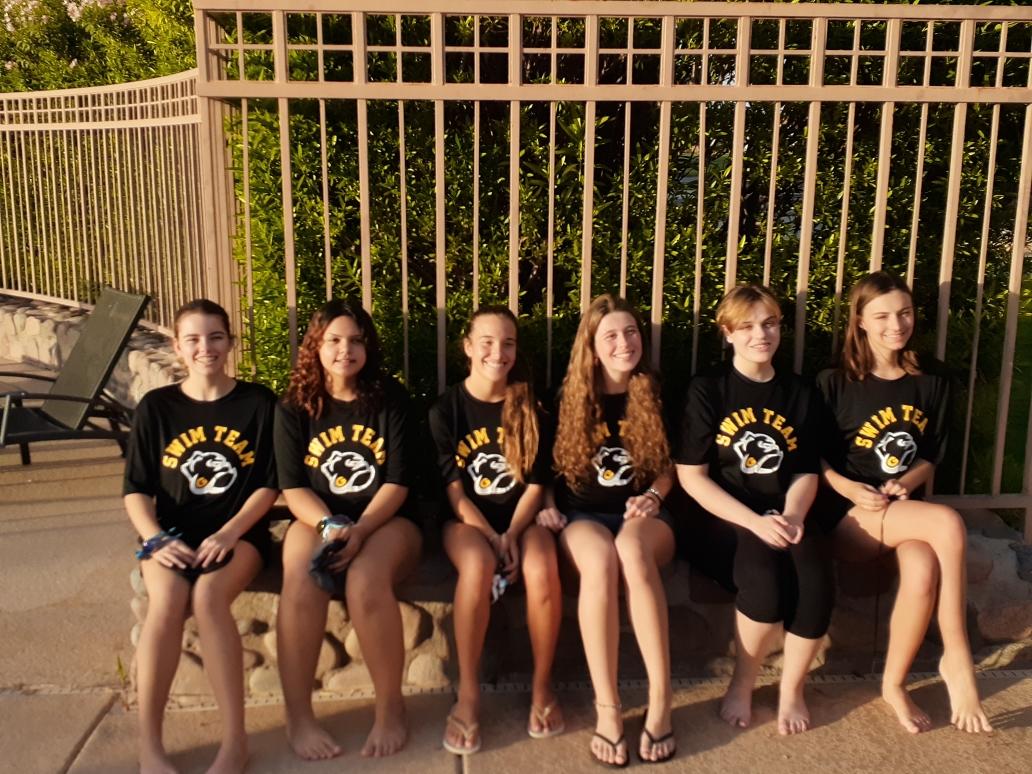 The Barry Goldwater Bulldogs swim team had the same challenges as hundreds of schools this fall, canceled games, switched-up schedules, not being able to practice as often, and not being able to advertise their sport to incoming students.

Last season the Bulldogs had a practice schedule that made it easier for coach John Bundy to get kids to come out and swim for his team.

“Normally we swim from 3-5 (p.m.) at a pool right down the street from the high school,” Bundy said. “Now having to go 15 minutes down the road at 5 a.m., definitely is a much harder sell to get new people to come.”

With the new schedule, the team was in a difficult spot, having only five swimmers making up the entire team.

“I think it just really stunted the growth of the team in numbers,” Bundy said.

Even though Barry Goldwater got hit hard by not practicing at its usual time and place, Bundy feels like the Bulldogs didn’t get the short end of the stick because for a long time it didn’t look like they would have a season.

“Our AD had to call different pools,'' Bundy said. "He started by talking to different city pools before they all got shut down. He tried talking to various club and private pools. We were wondering if we would even have a season and then at the last second Cactus High School said we could come share a time with Deer Valley High School.”

Even with having a pool, the team also faced a recruiting problem because the swimmers on the team couldn’t try to recruit new students to join because all classes were online and the students had no interaction with one another.

As well as the swimmers, not having face-to-face contact with the interested swimmers was tough for Bundy and his assistant coach, both eighth-grade teachers.

“We thought we were going to have a big group of freshmen, and with starting online and us not being able to see them, we lost contact with them,” Bundy said.

He continued: “Obviously, hopefully by fourth quarter, maybe getting back to in-person for the most part, so that word of mouth and then having a pool that is closer at a normal time, having that easier sell and hopefully getting an increase of swimmers from this year."

Even with the rough schedule, some members of the team tried to find a silver lining, like junior captain Haylee Rollins.

“Personally, yeah, it’s exhausting, but it still gives us plenty of time to maintain our school life,” Rollins said in an interview earlier this year.

Outside of practice and bringing in new swimmers, the whole competition aspect of the sport changed this season.

Per AIA protection guidelines, no fans were allowed into the facility, meaning family members and other supporters had to watch from outside of the pool area, isolated from the action, not having much of an impact, if any at all.