Washington uses speed, talent and emotions to win 4A championship 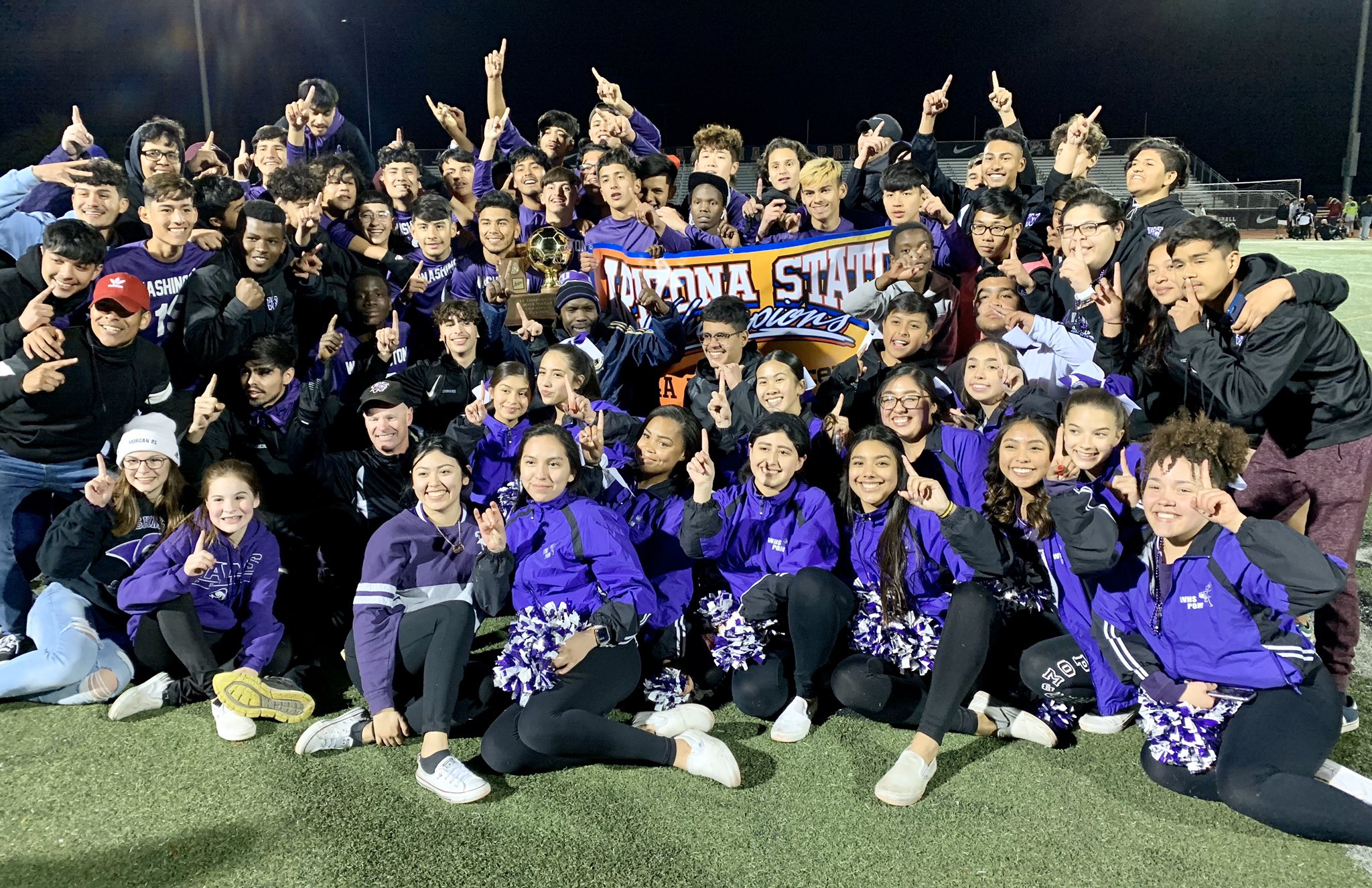 No. 3 Washington beat No. 4 Arcadia 2-1 Tuesday night at Williams Field to capture the 4A state crown and the Rams did it with a little speed, a lot of talent and heavy emotions and Melvin Barrera combined all three of those qualities on one free kick with about 30 seconds left in a 1-1 tie.

Barrera stepped up to the ball and let loose on a 25-yard sinking liner that was perfectly placed over the Arcadia defenders into a mouse hole on the bottom right of the net. The margin of victory was that small. It had to be perfect.

Barrera ripped off his jersey and sprinted around the field to the waiting fans. Emotion.

As you can see by the video, championship moments like this can only come from a healthy build-up of suspense. For the Rams, that suspense has been collected and stored in the hearts of young men denied an opportunity to let the state know what they were made of in 2019 when the program made the mistake of having players take part in club competition during the high school season and were forced to forfeit enough games to remove the program from the playoffs.

When Arcadia (16-5-1) standout Roberto Reyes scored in 15th minute to put the Titans up 1-0, those emotions started to bubble as if they were in a jar much too small to contain much more.

“As the game went on we made some adjustments to what they were doing,” said longtime Washington coach Adam Roberts. “We knew we had the speed and the talent to turn the game around.”

As if there was enough emotion, the Rams felt slighted when their complete roster wasn’t announced prior to the game and Roberts felt his midfielders responded to the atmosphere.

“This was definitely emotional,” Roberts added. “Last year taught us a lot about our team and they are all fantastic young men.”

There was some confusion as a few outlets reported Antonio Clark as the scorer for Arcadia but video replay shows it was, indeed, Reyes with the header to put Arcadia up 1-0. Washington (23-4) came with the equalizer in the 46th after Sergio Pacheco hit Cesar Morquecho and the teams played even until Barrera was fouled.

For Arcadia, this season also came with a measure of redemption after the team was upset in the play-in tournament last year and failed to make the state playoffs.

“They learned to play with each other,” said head coach Keith Diamante. “They came from different clubs and a lot of different coaches and they learned to play for each other and not themselves. Washington’s midfield was a little too strong for us but Arcadia soccer is on the rise and we look forward to the increased competition next year.”

Arcadia moves up to the 5A Conference next year as will Washington.