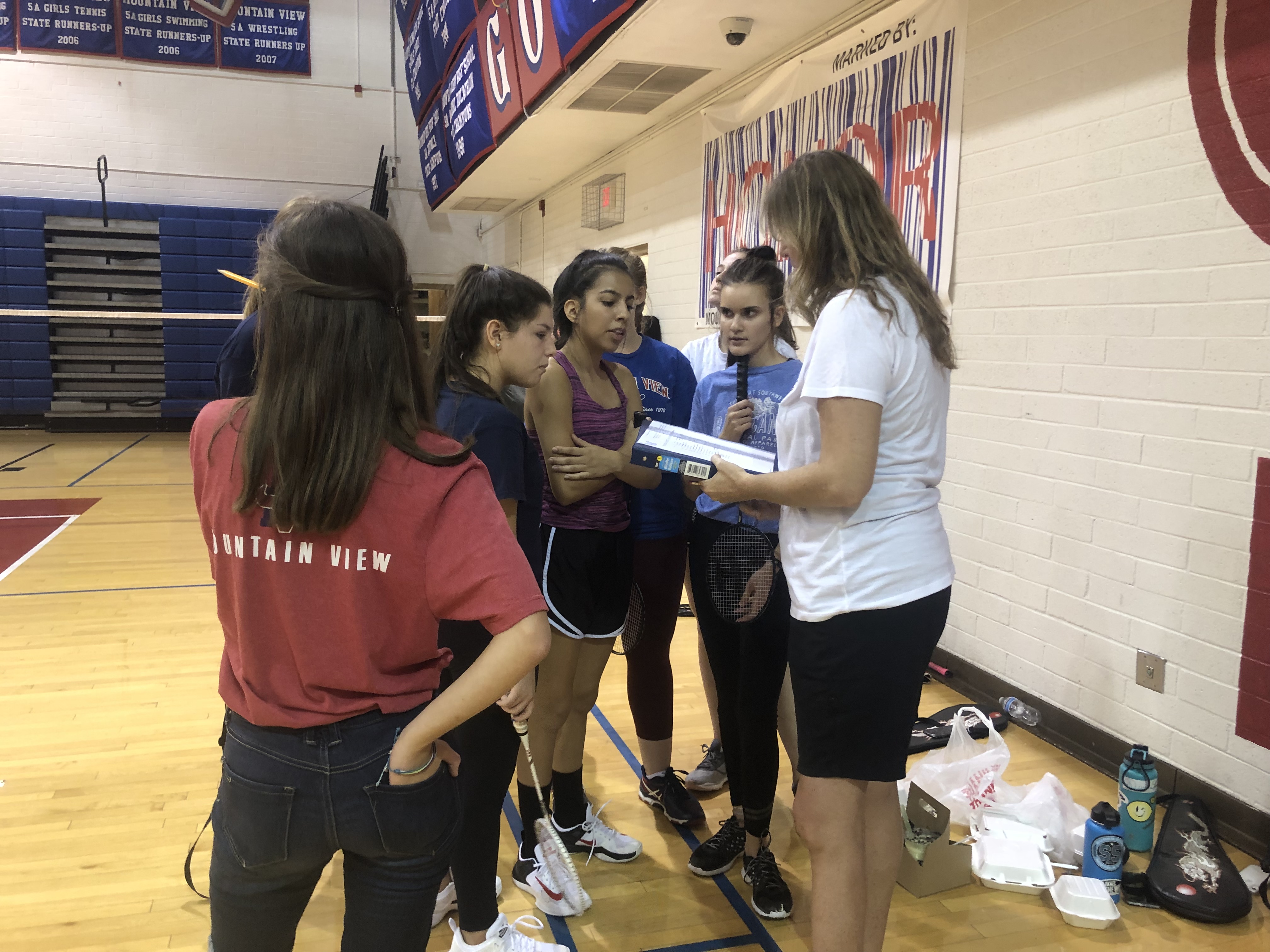 From softball to tennis to volleyball, Tricia Ellsworth grew up around sports. It was something she found comfort in and came natural to her.

But her love affair with sports came to an abrupt end during college when she had a career-ending injury.

She tore her Achilles tendon and had to have reconstructive surgery. The amount of atrophy she experienced undermined her skills and ended her sports dream but spawned another career.

The Mountain View badminton coach began coaching during high school and helped coach the seventh and eighth grade teams. She coached high school athletes while she was in college. Ellsworth coached three sports but cut down to one after having two children.

“I’ve had wonderful teaching jobs, but I’ve definitely gotten closer to all the teams I’ve coached,” Ellsworth said. “I keep in touch with girls that I coached 10-12 years ago. You get just a different relationship with athletes on a team, than what you can foster in a classroom.”

She has been a teacher in the Mesa Public School System since 1995 and arrived at Mountain View eight years ago. Shortly after Ellsworth began at Mountain View, the school was in search of a badminton coach. She took the position with little experience and this year’s team is 7-4 and in position for a postseason run.

After having to distance herself from volleyball, Ellsworth finds happiness through a new sport.

“Badminton I have such huge respect for, but I don’t feel the need to get out and play it because I didn’t grow up with it,” Ellsworth said. “I’ve had to put my focus in what I can do. Not being able to compete anymore has been sad, but I’m just trying to find other ways to take those things that I’ve had growing up and teach it to other people and push myself in other ways.”

Senior Danae Peters has played badminton for Ellsworth for four years. She sees the effort Ellsworth puts into the team to make them the best.

“I admire her passion for badminton,” Peters said. “She is all about badminton and it totally helps us as a team get better because she knows so much, and she gives all of her knowledge to us and it helps us out.”

Throughout her time playing sports, Ellsworth learned the importance of being confident in what you do. It something she continuously tells her team and wishes she knew when she was back in high school.

“When you’re young and athlete you have things like natural talent and this work ethic and what was hard for me was confidence,” Ellsworth said. “I didn’t have enough confidence. I wish I could go back and give myself the confidence that I have now, but as a high school girl it just seemed like that was the one thing, I could’ve been better at. It’s hard to see it in yourself when you’re 16 or 17.”

Senior Megan Welch is grateful for her coach’s support on and off the court.

“I really like how she pushes us to be stronger and better because she can see our potential,” Welch said. “She is willing to pull at you in order for you to reach your full potential.”

Ellsworth tells her team the value in loving what you do. She often talks with her team about the connection between sports and the real world.